THANKS TO SHEEP VIEW, THE FAROE ISLANDS NOW HAS GOOGLE STREET VIEW

Last year, the Faroe Islands petitioned Google to be featured on Google Street View by creating our own version of the mapping system, using cameras mounted on the backs of sheep and calling it Sheep View. Now, just over a year later, we have succeeded in our aim – with Google announcing today that Google Street View now features the Faroe Islands.

The Sheep View campaign was launched in July 2017 by Faroes’ resident, Durita Dahl Andreassen, who wanted to share the beauty of her native islands with the rest of the world and, in turn, to petition Google to have the nation included on Google Street View. Together with a few friendly sheep equipped with solar-powered 360-degree cameras and the support of Visit Faroe Islands, Durita set out to collect images of the Faroe Islands that could be uploaded to Google Maps.

When the tech giant heard about the Sheep View project, they thought it was “shear brilliance” and, in August 2016, they supplied the Faroese with a Street View Trekker and 360-degree cameras via the Street View camera loan program so that residents and tourists alike could assist the sheep in capturing even more images of the beautiful archipelago, using selfie sticks, bikes, backpacks, cars, kayaks, horses, ships and even wheelbarrows.

Now, as a result of that work, Google Street View includes the Faroe Islands, meaning that people around the world can explore the landscapes and unlock the hidden beauty of this little-known destination. The Faroes are now well and truly on the map.

David Castro González de Vega, Google Maps Program Manager, comments: “It’s our mission to make the farthest corners of the world accessible through Street View in the palm of your hand. But there’s a lot of world out there, so sometimes we need a little bit of help to hoof the distance. Now, thanks to Durita and her trusty sheep, you can explore the Faroe Islands in Google Maps. It goes to show – if there’s a wool, there’s a way.”

Related articles to Thanks to sheep view 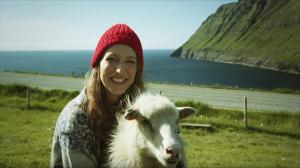 Featured on the weather channel

News all over the world

How to catch a sheep 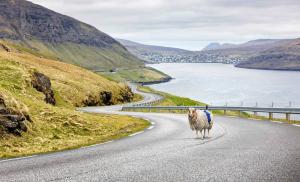 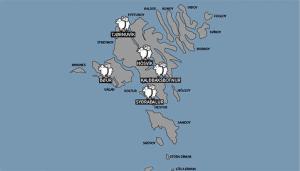 Sheep and the Faroe Islands 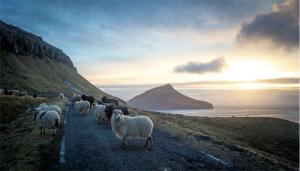 Thanks to sheep view