“The Faroe Islands? Yeah, they are close to Egypt, right?”

Even if you do know where they’re located (thumbs up!), there is a chance you don’t know all there is to know about them.

Firstly, the Faroe Islands is an archipelago of 18 mountainous islands located halfway between Iceland and Scotland in the North Atlantic Ocean.

The islands were first settled in the year 300 AD, although no one knows by whom. The first known settlers, according to stories passed down through generations, were Irish monks in the sixth century. Interested in the history of the Faroe Islands? Read more here.

The name Faroe Islands first appeared as Faereyjar (in approximately 1225), which means “Sheep Islands”. This presumably led to the national symbol, which is a ram. This name was given by the Viking age settlers from Norway in the ninth century.

Since 1948, the Faroe Islands have been a self-governing nation under the external sovereignty of the Kingdom of Denmark. This means the islands have exclusive competence to legislate and govern independently within a wide range of areas, such as trade, taxation, social security, and education. The Faroe Islands is not a member of the European Union, even though Denmark is.

The island’s population of nearly 50,000 is spread out across the 17 inhabited islands. These islands are connected by excellent infrastructure linked together by a comprehensive road network and tunnel and ferry connections. This, along with first-class telecommunications and high-speed internet, provides a superb base for maintaining the economic, social, and cultural sustainability of communities all around the country.

The main industry in the Faroe Islands is fishing. This sector accounts for approximately 90% of exports and about 20% of GDP. In 2021, unemployment was registered at an all-time low of 1.0%.

The Faroese education system is well developed, with free primary and secondary schooling for all and a number of institutions for higher education and research. Many Faroe Islanders choose to study and work abroad during their younger years before returning home to settle.

Related articles to The Faroe islands 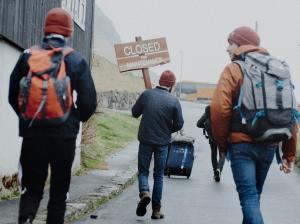 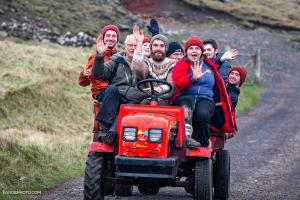