Faroe Islands, an isolated archipelago in the North Atlantic Sea, have ambitious goals for a bright green energy future. By year 2030 the Faroe Islands aim for 100% green electrical energy.

Due to its favourable site conditions, the islands are surrounded by renewable energy in the form of hydro, wind, tides and waves, and to a certain extent solar energy.

Prior to COP15 in Copenhagen in 2009, the Faroese Parliament agreed to comply with the Kyoto Protocol, and one of the goals is to increase the share of renewable energy in the electricity sector to 75% by 2020. The goal has since been raised to an even higher level by SEV, the Faroese electrical company, announcing a 100% renewable electricity sector by 2030. The Faroese Government has backed this vision in the coalition agreement, signed in September 2015, stating that all onshore electricity production should be green by 2030, and that at least 50% of the households should be heated by renewable energy by 2030.

SEV, and its ongoing innovation and development have already carried the Faroes forward on the green path, and for this ambitious goal, SEV received a Nordic Council Nature and Environment Prize 2015.

Moreover, production statistics clearly reflect the considerable expansion undertaken during the last few years. In many ways, 2015 was a record year for SEV, as never before has the company produced so much electricity, as well as set a production record from water and wind. For SEV, it is critical over the next years to embrace an appreciation for and openness to new ways of thinking and the technical advances of the future, if the goal of 100% land-based green energy in the Faroe Islands by 2030 shall be achieved.

Among the renewable energy projects on the islands is the Húsahagi windfarm / wind energy park, placed just outside the capital Tórshavn. Here it is possible to attend a tecnical visit with your delegates, wether it be a group visiting the islands for a board member meeting; a group of conference delegates; or a sales team on an incentive trip – to just take the opportunity to boost a broader vision and add a best practice method to any topic. And why not spice this event up with a deliciously fresh-pressed juice made from apples, ginger, and not to forget, spinach – just to add the green.

In other words, together with the national electrical company, SEV, the Faroe Islands are pleased to foster a greater understanding and awareness of green energy in a way that is both easily accessible and highly stimulating and interesting.

This app, developed by SEV, shows the energy distribution on the mainland. The mainland includes all islands except Fugloy, Mykines, Koltur, Skúvoy, Stóra Dímun and Suðuroy. The mainland accounts for approximately 90% of the electricity energy in the Faroe Islands.

Electricity is produced by oil-, water- and wind energy.

The app is updated every 5 minutes. 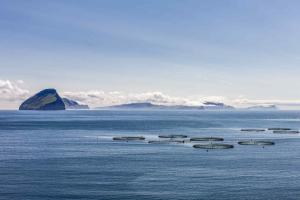 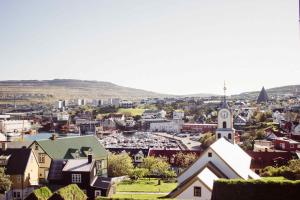 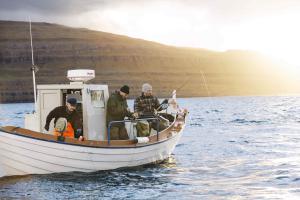 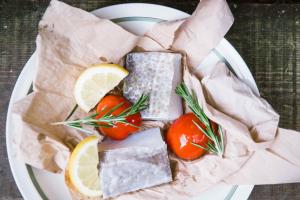