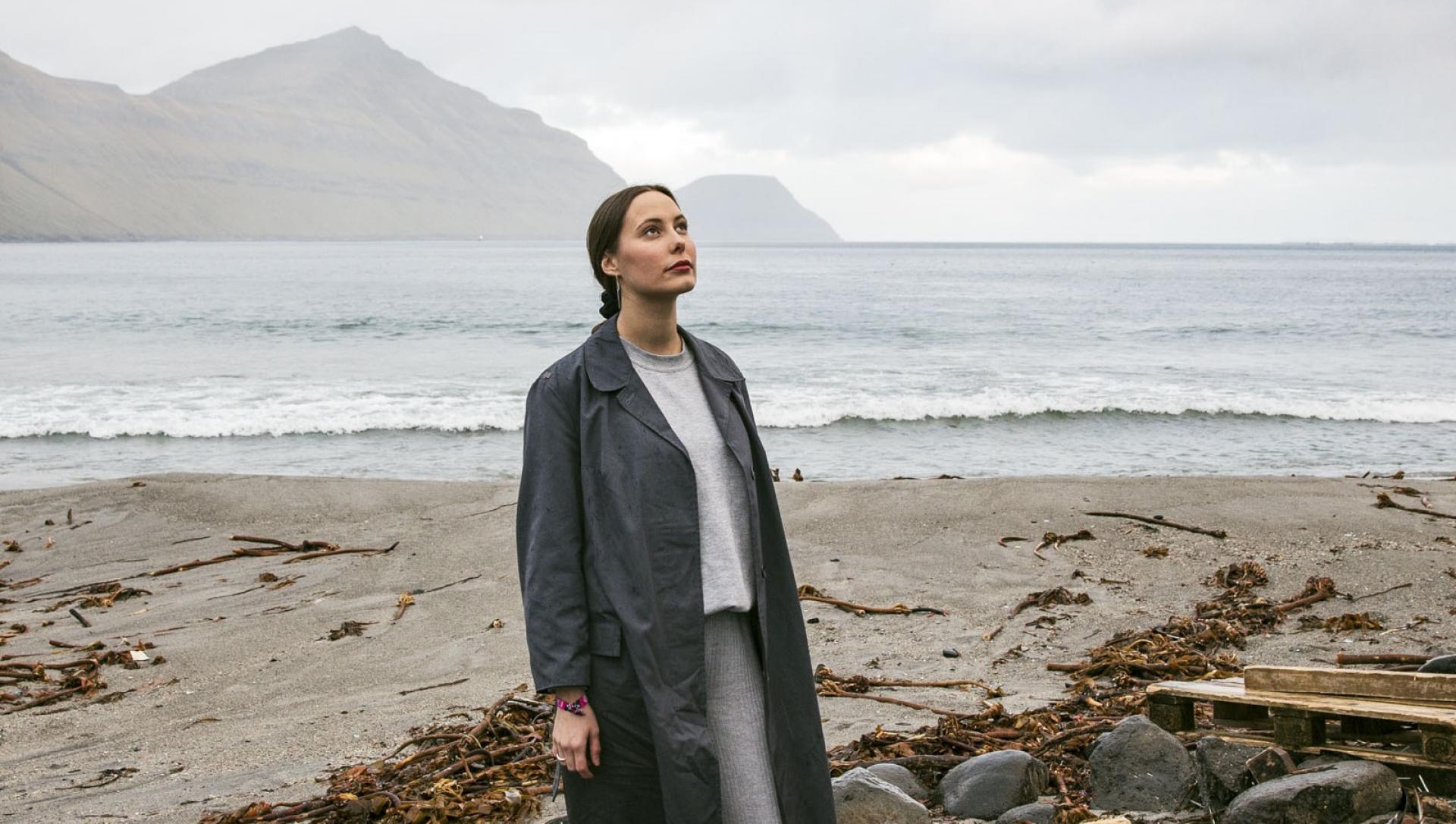 GET INSPIRED BEFORE YOUR VISIT TO THE FAROE ISLANDS

Whether you're into contemporary art, pristine cooking, music, design, literature & sagas, or heavy metal concerts, Faroe Islands has plenty of hidden gems to offer each suited to captivate, teach, inspire and impress you.

Below are tips to get acquainted with before your journey to the Faroes. See our playlist of current Faroese music and experience the vibrant art scene. Learn Faroese words and phrases using our unique version of Google Translate, called Faroe Islands Translate, knit a sweater using Faroese patterns, and cook yummy seafood dishes using Faroese recipes. Also, view one or more of our Remote Tourism tours, where virtual visitors from all over the world could experience the Faroe Islands through the eyes and body of a Faroese guide, controlling their actions in real-time!

We hope trying one or more of these experiences can provide a sense of cultural understanding of the Faroe Islands.

Get a feel for the sounds of the Faroe Islands by listening to these songs, created by Faroese artists and recommended by Faroese musician, musicologist and music nerd for life, Knút Háberg Eysturstein.

These songs have been released in 2019 or 2020 and are, therefore, a good reflection of current Faroese music.

A fantastic designer and artist that has resurrected traditional Faroese materials, such as sheep wool; a sustainable material that she uses in her beautiful and contemporary woven art.

Children’s book author and artist. His work often revolves around complex and psychological subjects and is delivered in a naked and subtle format. Grotesque, beautiful and humorous.

Bárður Oskarsson has published seven picture books since 2004, which have been translated into 14 different languages. His books have been published in numerous countries and have received critical acclaim in major publications such as the New York Times.

Some of his books, such as the Flat Rabbit, The Tree and Where are you, Wilbert? can be purchased online.

LEARN WORDS AND PHRASES IN FAROESE

The Faroese language isn’t on Google Translate, but you can learn Faroese words and phrases using the islands’ own version, called Faroe Islands Translate.

Type a word or phrase in your own language and you’ll get a video translation from a Faroe Islander.

The translation service was created in 2017 as part of a campaign by Visit Faroe Islands to preserve the Faroese language. Read more about the project here.

KNIT YOUR OWN SWEATER 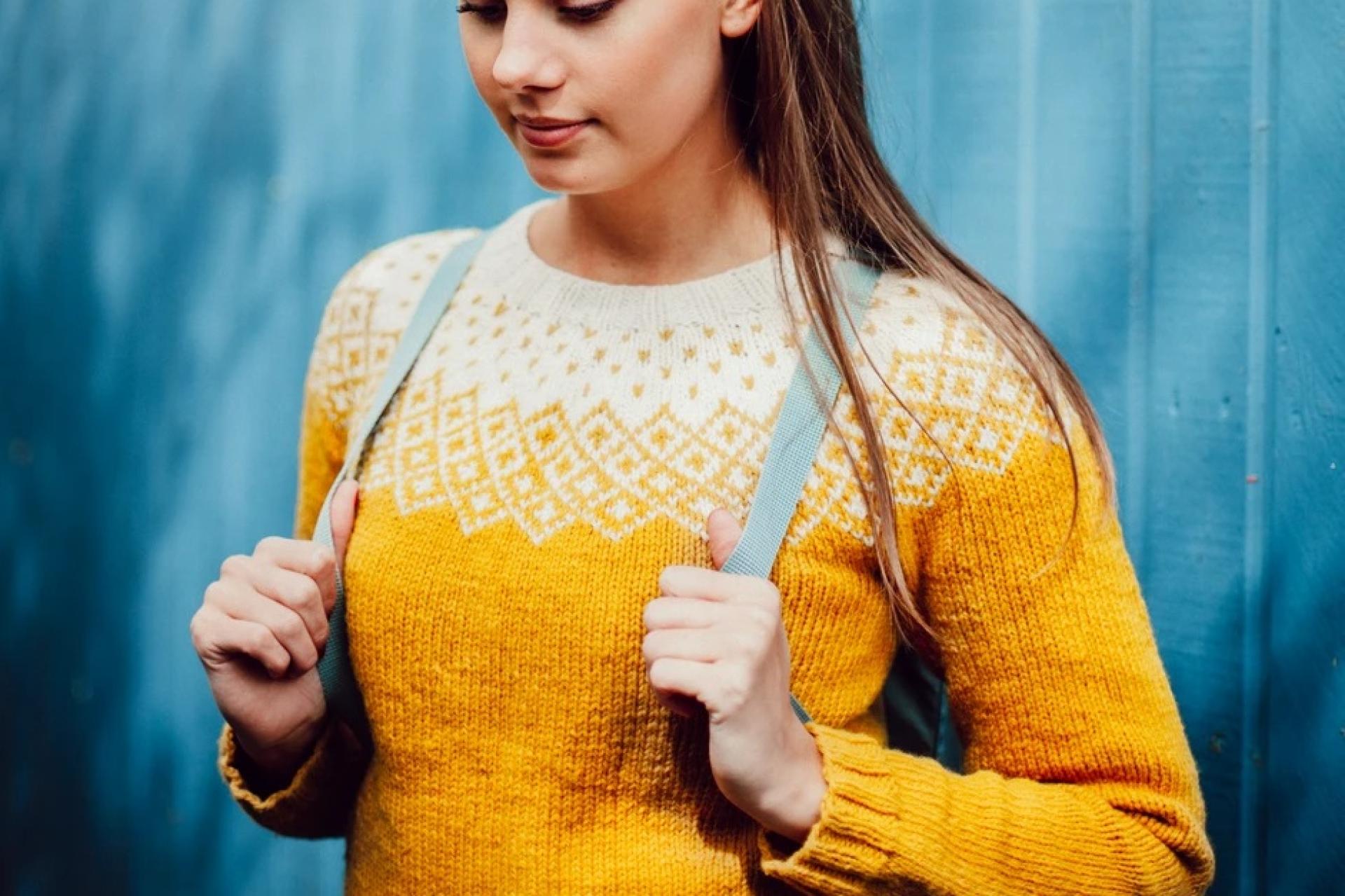 Knitting is a popular hobby for many Faroe Islanders, particularly women. Knitting patterns and know-how are passed on from generation to generation. With 80,000 sheep roaming the islands, there is plenty of wool for everyone.

Faroese wool is particularly good because it contains more lanolin (wax or grease from the sheep) than lambswool. Faroese sheep live on mountain sides for months, often in very challenging weather conditions. The lanolin makes it waterproof, keeping the water out and the heat in.

Faroese knitwear is popular because it is long-lasting and beautiful. Many sweaters, for example, are passed down through multiple generations.

Or, try your hand at making your own Faroese sweater!

Knitting patterns from FaroeKnit
Jarn from Snældan
Video tutorials on how to knit from binda.fo (in Faroese)

LISTEN TO MYTHS AND LEGENDS

Read or listen to audio recordings about some of the most well-known myths and legends from the Faroe Islands. Available on Visit Faroe Islands’ website, and on Spotify, Apple Podcasts and Google Podcasts.

Hear about Risin & Kellingin, the Giant and the Witch from Iceland who tried to steal the Faroe Islands. Or about Snæbjørn, a strong and brave farmhand who must flee to the mountains after committing a horrible crime.

This anthology presents a wide variety of Faroese poetry and short stories translated into English. The youngest author is born in 1989 and the oldest in 1942.

Detaching from nothingness, Sparks of dark space. Blinks of chance. On a course to universal compulsions. A pulse approaching. A haze of happiness A zephyr of amazement. A stillness.

This volume presents poetry from all the Scandinavian countries. The section with Faroese poetry includes 10 Faroese poets born in 1900 until 1963, including the islands’ most famous poet, William Heinesen.

This is Kalpana Vijayavarathan’s first volume of poetry in English. It includes some words and phrases in Faroese describing her experiences as an immigrant on the islands since moving to the Faroe Islands from India more than 30 years ago.

#4 – The Lost Musicians, by William Heinesen

William Heinesen (1900-1991) is the by far the best-known Faroese author outside the Faroe Islands. He published poetry from the early 1920s on, novels from the 1930s and began to publish short stories in the 1950s. The Lost Musiciens is about a group of dreaming amateur musicians, a group that typcially represented the lowest societal class. They are set against Lutheran religious fanatics in the Prohibition movement and the Danish class of civil servants. The conflict between the groups is represented as a conflict between good and evil. Although the book never explicitly mentions Tórshavn, it will well known that the events described in the book take place in the Faroese capital in the beginning of the 20th century. Many of the houses in the book still stand in the old part of the town.

This volume of short stories is William Heinesen’s last book, taking readers on William’s final passage. While walking down to the ferry station, William stops at various places and houses in order to tell about the people living there. It is a collection of “compassionate, humerous portraits of glorious souls who enjoy life fully in wisdom or in folly,” as written on the cover of the book.

Two British environmental activists are discovered dead amongst whale corpses after a whale-hunt in Torshavn. The detective, Hannis Martinsson, investigates the case as a member of the organisation “Guardians of the Sea” is killed in a plane crash. Suspicion falls on Faroese hunters but the investigation leads Martinsson to a much larger group of international vested interests and the discovery of a plot which could devastate the whole country.

COOK YOUR OWN FAROESE SEAFOOD DISH

The Faroe Islands can boast of having some of the world’s best seafood, nurtured in pristine ocean conditions that allow marine life to flourish.

The islands’ excellent location in the North Atlantic Ocean coupled with stable water temperatures create an ideal marine environment for several species of fish, such as cod, haddock and coalfish.

Check out these seafood recipes, created and recommended by one of the Faroe Islands’ leading chefs, Gutti Winther.

As all other countries in the world, the Faroe Islands has felt the impacts of the COVID-19 pandemic.

Early on during the global crisis, we wondered how we could recreate a Faroe Islands’ experience for those who had to cancel or postpone their trip to the Faroe Islands – and for everyone else stuck in isolation around the world.

We had an idea. What if we could allow people anywhere in the world to explore the islands as virtual tourists through the eyes of a local? Or even better; what if the virtual tourists could control the movements of the local in real time?

A couple of weeks later, our idea became reality. We created a new remote tourism tool, the first of its kind. Via a mobile, tablet or PC, virtual visitors could explore the Faroes’ rugged mountains, see close-up our cascading waterfalls and spot the traditional grass-roofed houses by interacting – live – with a local Faroese, who acted as their eyes and body on a virtual exploratory tour.

The local was equipped with a live video camera, allowing people to not only see views from an on-the-spot perspective, but also to control where and how they explored using a joypad to turn, walk, run or even jump!

Just like a real-life computer game, the main player controlled the moves of the Faroese islander, who not only explored locations on foot, but also took to the skies by helicopter, giving virtual visitors a bird’s eye perspective on our beautiful island nation’s steep grassy slopes, our 80,000 sheep and our unspoilt, wild and natural countryside.

During the virtual tours, our team at Visit Faroe Islands were online in real time to answer any questions that people had, providing both inspiration and expert knowledge about places to visit and things to see.

We hoped that visiting our remote islands through the eyes and body of a local would bring joy and inspiration during the challenging times – and we, of course, hoped to welcome visitors in person once travel was recommended and safe again.

The first of 22 tours took place on 15 April and the last 17 June, two days after the Faroe Islands re-opened for tourists from neighbouring countries.

Related articles to Get inspired before your visit 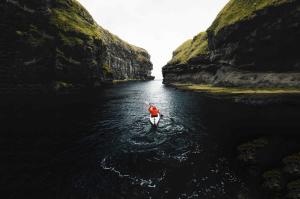 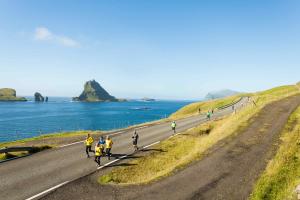 Get inspired before your visit