A peaceful, lovely and historic roundtrip hike which begins and ends in Árnafjørður. Experience magnificent views, the old ancient thingstead Katlarnar and the quite special village path back to Árnafjørður

The mountains in the Northern Islands are high, craggy and awe-inspiring. The crags are broad and steep, and hardly anything grows near the peaks. Part of this hike goes through this area, making for some rough walking, especially up at and round Toftaskarð.

The path starts down in the village of Árnafjørður and goes up through a new lane or cattletrack, running just west of the house that stands at Viðurbyrgi 23.

For the first stretch, the path is easy to see, but further up in the valley Svartidalur it becomes more difficult to spot. A few cairns lead the way up through the valley. It is easy and very peaceful to walk up this valley through the lower, middle and upper paths of the crags, and finally reach Toftaskarð. You could go some few meters down towards Norðtoftir to get a better view up through the strait of Hvannasund. But be very careful of all the loose stones.

At the moot Katlarnir, the men of the Northern Isles met in spring for the spring session. At Katlarnir, the ground is even with quite a bit of bedrock, with several rocks laying around the large boulder, Tingsteinurin (The Moot Boulder). It is easy to imagine that these rocks have played one role or another when moots were held here in ages past.

Continue to the pass Áarskarð

From Katlarnir to Áarskarð, you must go diagonally up through to the area called Niðari Snæhjalli. There are cairns, but some of them can be difficult to spot.

Head for the scout hut that is further down where you will find the path down to the road between the two tunnels. Follow the cairns but be very careful as the terrain is steep in some places.

On your walk you will pass a boulder named Grindasteinur—Pilot Whale Boulder. According to Hanus Poulsen in Árnafjørður – Staðarnøvn, it was here that news of a pilot whale hunt would be shouted down to Árnafjørður, hence the name.

It is challenging to hike down through the path called Ovarustígar, also known as uppi í Jørnunum, where the path descends along an iron fence, where some of the steps are chiseled into the rock. The path is marked well with cairns and posts with reflectors.

You come down onto the road between the two tunnels. The distance from here to the village of Árnafjørður is approximately one kilometre.

From the tunnels down to Árnafjørður there are no posts to guide you. Walk closely by the so-called Minhúsið and from there down the path called Válagøtan, which runs along the ridge, to the village just east of the river Stórá and the church. The villagers of Árnafjørður built Minhúsið as shelter from mines that drifted into the bay and blew up during World War II.

Árnafjørður is one of the oldest villages in the northern islands and the inhabitants mostly work in salmon farming. There are also good areas for lobster fishing in the fjord.

There are no gates in the fences of the outfields, so you must find a good place to climb over them. Using a gpx-file is recommended in order to find the right path through the outfields.

Parking, Árnafjørður
Parking is available by the road where the village path starts – note the green lines. From there, follow the blue line up through the lane.

Not suitable for children. Includes very rocky areas, where one can easily get scraped

The terrain in the village of Árnafjørður is grassy. When you reach the path at about 70 metres above sea level, there is heather and small rocks on the path. It is fairly good to walk all the way up to the pass Toftaskarð (466 m). On your way to Katlarnar you have to go down a pass called Uppi á Gjógv. This pass is fairly steep to walk. There are loose stones so you should be careful. From Áarskarð down to Árnafjørður the terrain is also fairly steep. You will have to climb down through some crags, hovever hey have good iron railings and carved footsteps.
Weather today 3 day forcast 7 day forcast 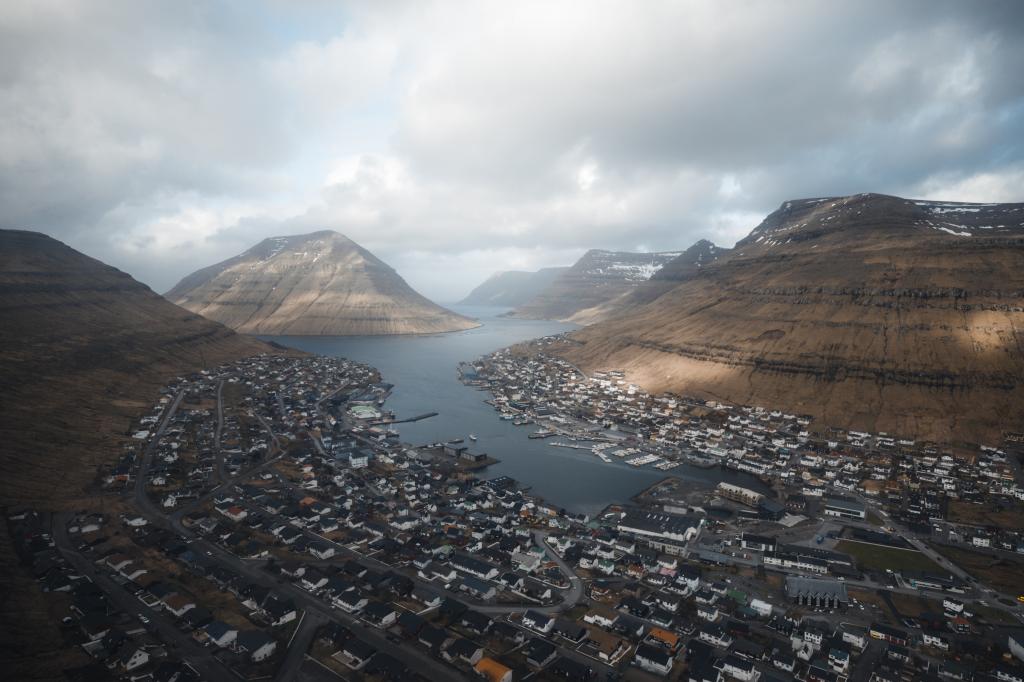 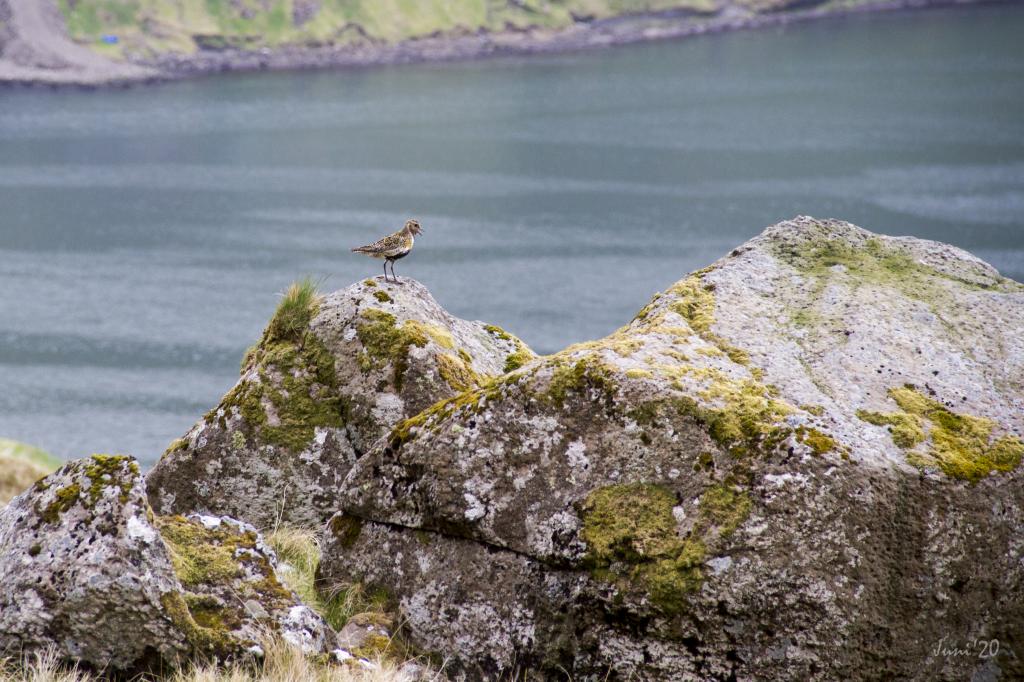