A fairly long but beautiful, interesting and varied hike

In Fuglafjørður, the hike starts at the end of the road Innandalsvegur, where you hike straight up through the gate to the sheep pen by the stone walls. This is just above the area known as Vesturi í Dal, which the municipality has tastefully developed with several nice paths. From here, go along the upper side of the stone wall until you reach the hill Heyggjurin Mikli. By the power lines, the path turns up toward Mýrubotnur. This boggy and level area beneath Mt Blábjørg is tranquil to traverse through. With steep rock ledges flanking both sides, it is a quick walk up along the river to the pass Jøklaskarð (elevation, 521 m), where you will find the large boulders named Samgongusteinar.

Only a few cairns are visible on the stretch from Fuglafjørður up to Jøklaskarð. If the path is difficult to spot, follow the power lines.

From Jøklaskarð, hike down to the main road to the village of Oyndarfjørður, where the descent at times is fairly steep, and where you also have to follow the cairns down through three crags. The last stretch through the crags, Skeljastíggjur, is just south of the river. Cairns will lead you the whole way.

From the main road to Oyndarfjørður, take a direct westerly direction, where the road to Funningsfjørður (Gerðisvegur) reaches the main road running through Millum fjarða (the area between the fjords Funningsfjørður and Skálafjørður). You will have to climb over some fences that have no ladders.

The first stretch of the path from the main road at Millum fjarða up to the valley Vesturdalur is quite unique, with uneven terrain, hills, and many rivers, which, however, often are dry as the water is used for hydro power. The first cairn of this stretch is up by the power dam by the bridle path.

Having reached the bridle path, the terrain, which stretches all the way up to just below the pass undir Nøvini, turns increasingly boggy. This stretch is particularly beautiful with broad vistas, both north through the fjord of Funningsfjørður and south toward millum Fjarða and the steep rock ledges and the large scree below the promontory Nøvin. Cairns lead you all the way up to the pass. From the pass, take a westerly direction, on the right side of the fence. As there is no ladder, you will have to climb over the fence to continue the hike.

The stretch down to the tunnel portal is easy and grass-covered. Here you also need to climb over a fence, so you can walk down south of the fence. Cairns lead you down the final stretch of the path—the last cairn, though, has fallen down (in 2020).

If you do not stop at the tunnel portal, you can take the village path down to the large parking lot found by the lower main road, from where you can continue to the bus stop at Oyrabakki, for example.

Park your car at the end of Innandalsvegur (see the green line), go out through the nearby gate, hike about 125 m up to the sheep pen, and go through the gate in the pen (see the blue lines in the picture). Remember to close the gates behind you.

Arriving by car
Parking, Norðskála
There are several places to park, if you decide to walk toward Fuglafjørður, depending on how long a hike you want to take.

The path crosses the main road in several places: at the road to Oyndarfjørður, at the road millum Fjarða, and at the tunnel portal north of Norðskáli. Only the longest and shortest stretch are described here.

Parking, large parking lot by the main road above Norðskáli

The hike is not suiteble with children. It is too long and the elevation gain too high. If only parts of the village path is taken, it is partially child-friendly, e.g., the following stretches: 1: From the western portal of the tunnel Norðskálatunnilin to Millum Fjarða: 8yr pluss 2: Fuglafjørður to the road to Oyndarfjørður: 10yr pluss

Difficult - The village path is quite long with high elevation gain. It is also steep and boggy in places. There are some fences that need to be climbed over

Grass-covered for the most part. Steep and wet in places.The ground is loose in some stretches. Loose gravel on some paths through crags
Weather today 3 day forcast 7 day forcast 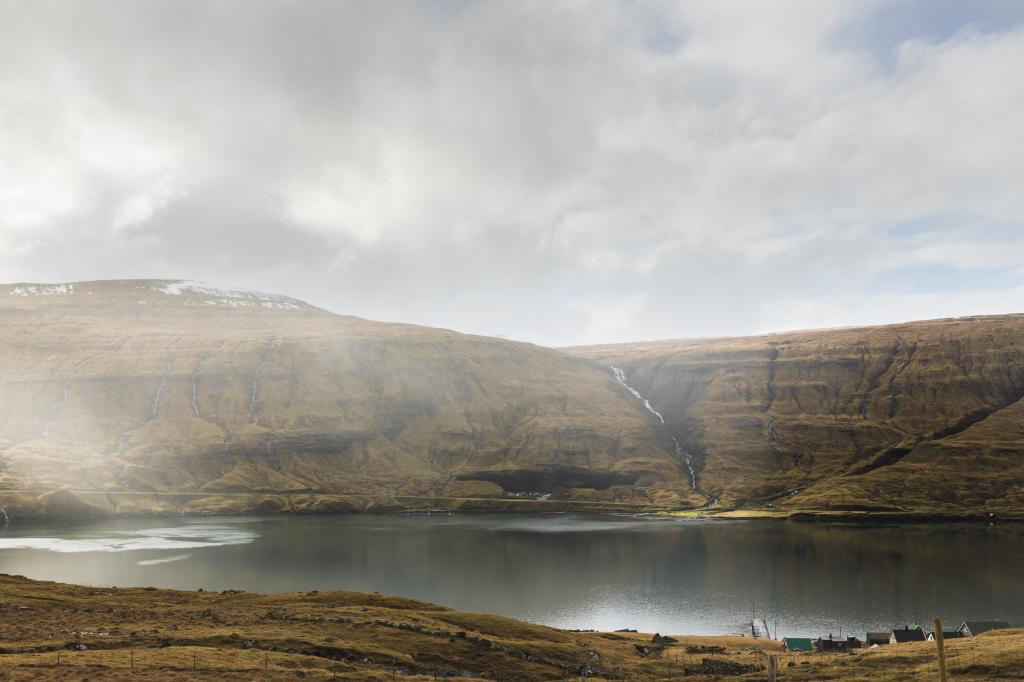 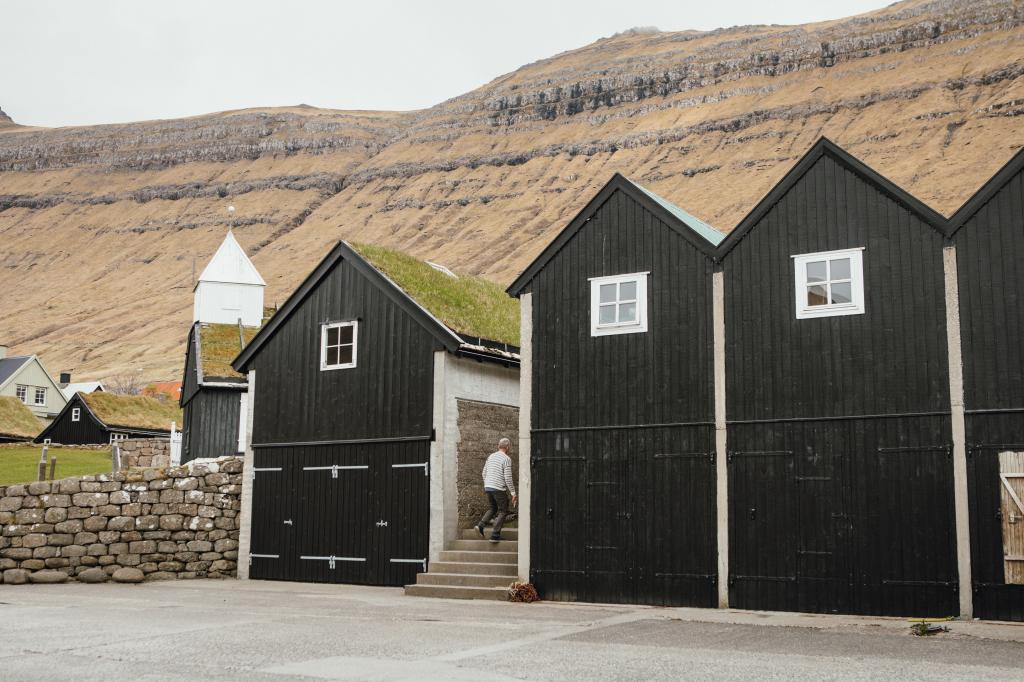 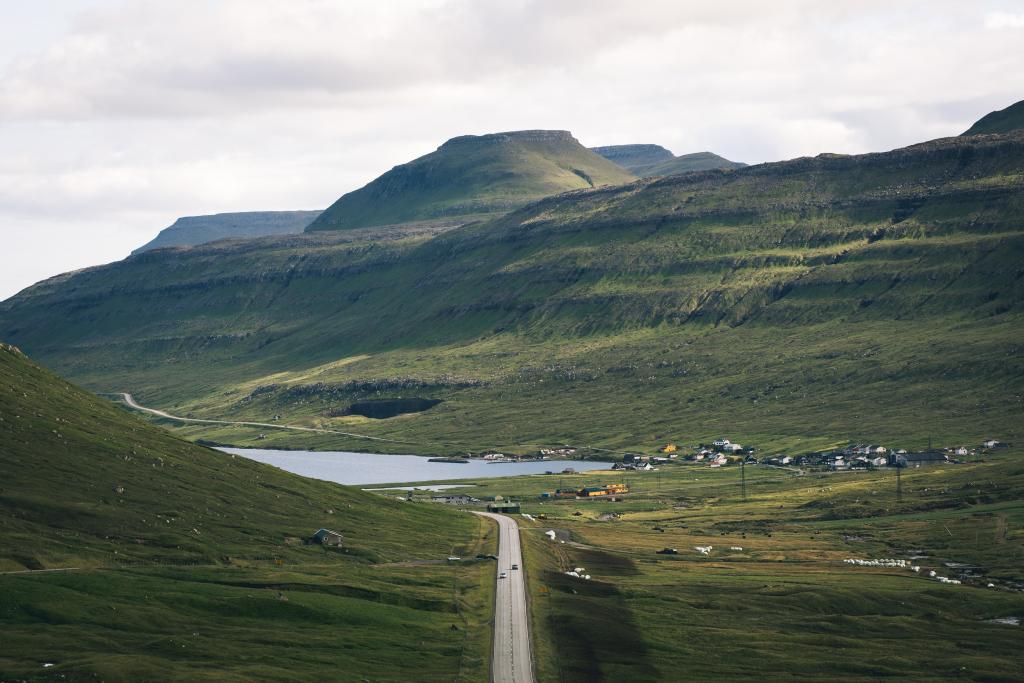 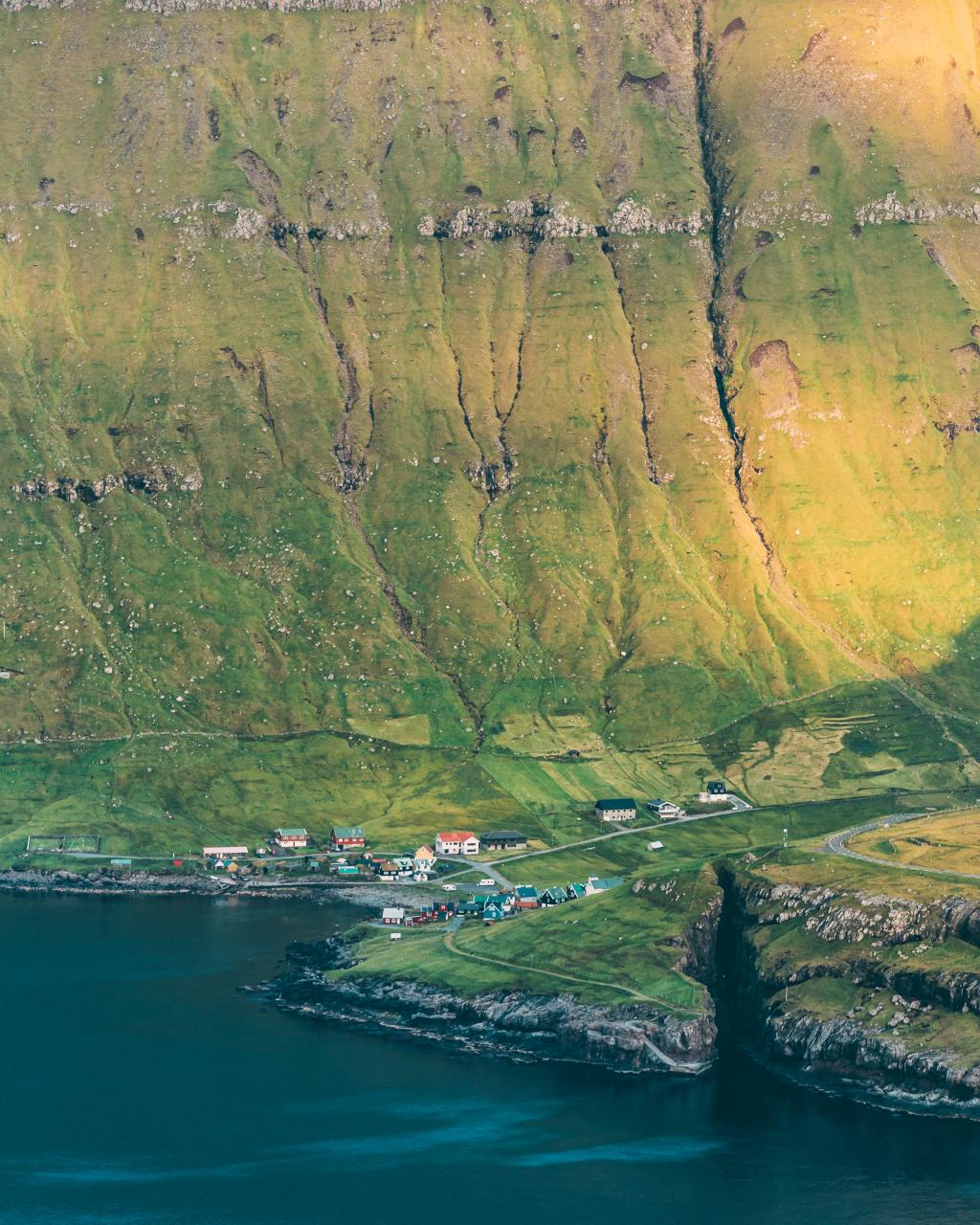