Start at the crossroads Skálavík/Húsavík. Go 200 metres from Húsavík to Guðrunarløkur, which runs by a sheepfold by the road.

Walk from the sheepfold at Guðrunarløkur onwards under the rock ledge to the south. Under the rock ledge is Runtaurð. The story is that Runti was a sheep thief who hid there. On Christmas Day, he risked leaving his hiding place in order to cook himself a meal as he thought that people would not be out. But this was not the case and he was seen and caught.

A short way further on, the path comes to Klovnastein. These are two stones standing in such a way that they appear to be a single stone cleaved in two. Superstition had it that if you walked between them, you would die before the end of the year.

The land you are walking on here is old peat land. When you curve south at Líðarøkur, you get a beautiful view of Dúnjavatn, with Stóra and Lítla Dímun, and Suðuroy in the background. You can also see Salthøvdi and the village of Sandur, which is thought to be one of the oldest villages in the Faroe Islands. A little north of Stóra Dímun is Øssursdrangur, named after Øssur Havgrímsson, a chieftain from the Viking Age, who was killed by Sigmundur Brestisson in a power struggle. South of Øssursdrangur is Grønaskor. Øssur asked to be buried so that his head faced Grønaskor. To the right is the island of Skúvoy.

A beautiful and interesting trip on Skúvoy is hiking out to Høvdin and continuing on to Fagridalur. Sigmund Brestisson’s grave is also believed to be in Skúvoy. Looking to the northwest, you can spot the island of Mykines in clear weather.

Further up in Skarvanes, go through the opening in the fence closest to the river. Make sure you walk down between the river and the electricity pylons and not through the meadow.

From Skarvanes, there are two parallel paths. Go south along the upper one. The path ends by a broken stone wall, and there, the path to Dalur begins. Past Dalsrók, about half a kilometre from Skarvanes, is a short steep stretch downwards. Otherwise, the path slowly inclines up towards Handasti Varði. While you walk up to Handasti Varði, you can see marshland and Lake Vatnsdalur on the right.

After the last cairn in Dalur, walk along the road down to the village.

Dalur is the southernmost of the villages on Sandur. It was connected to the other villages by road in 1963. The church in the village is from 1957.

The route 601 stops at the village Húsavík. Both of the public routes on the island are driving to Skopun, where the ferry to the mainland leaves from.

Parking, Húsavík
A parking lot is at the bottom of Skúlavegur road. Further parking is available on the far side of the road Fram við Ánni (note the marks on the photo).

The route 601 takes you to Dalur.   Both of the public routes on the island are driving to Skopun, where the ferry to the mainland leaves from.

Arriving by car
Parking, Dalur
You can park in the village (see photo below). 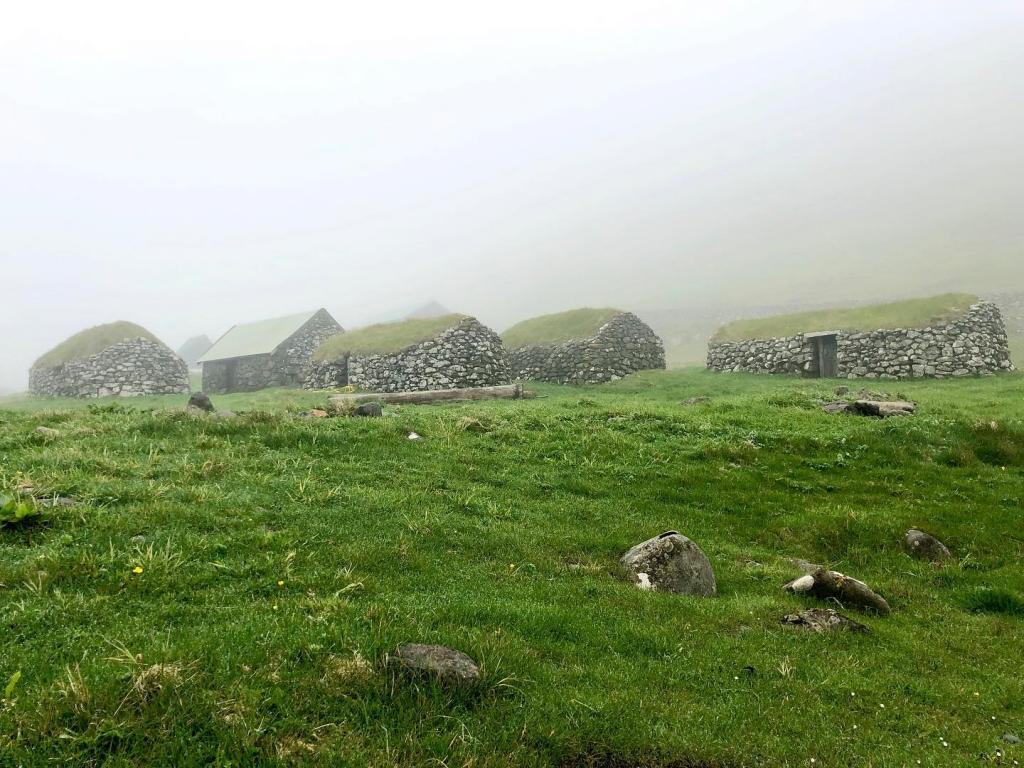 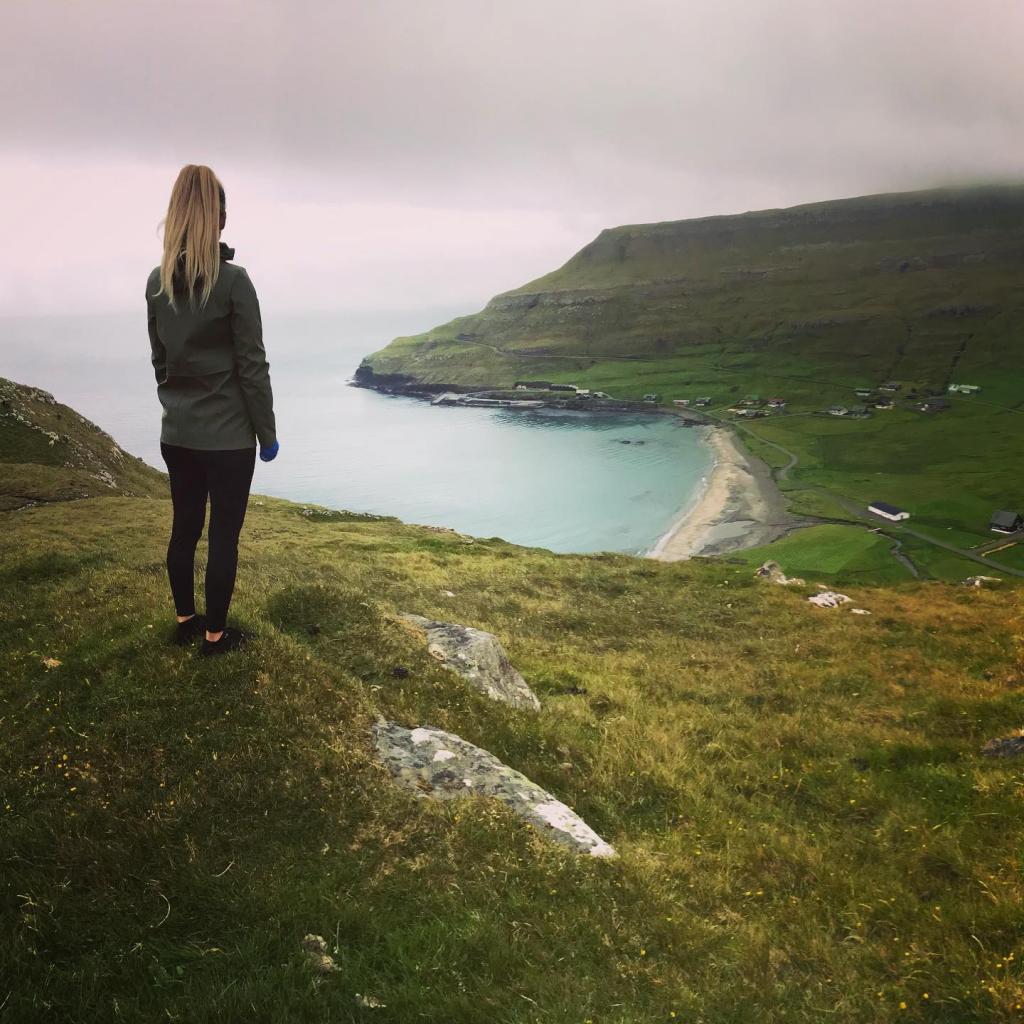 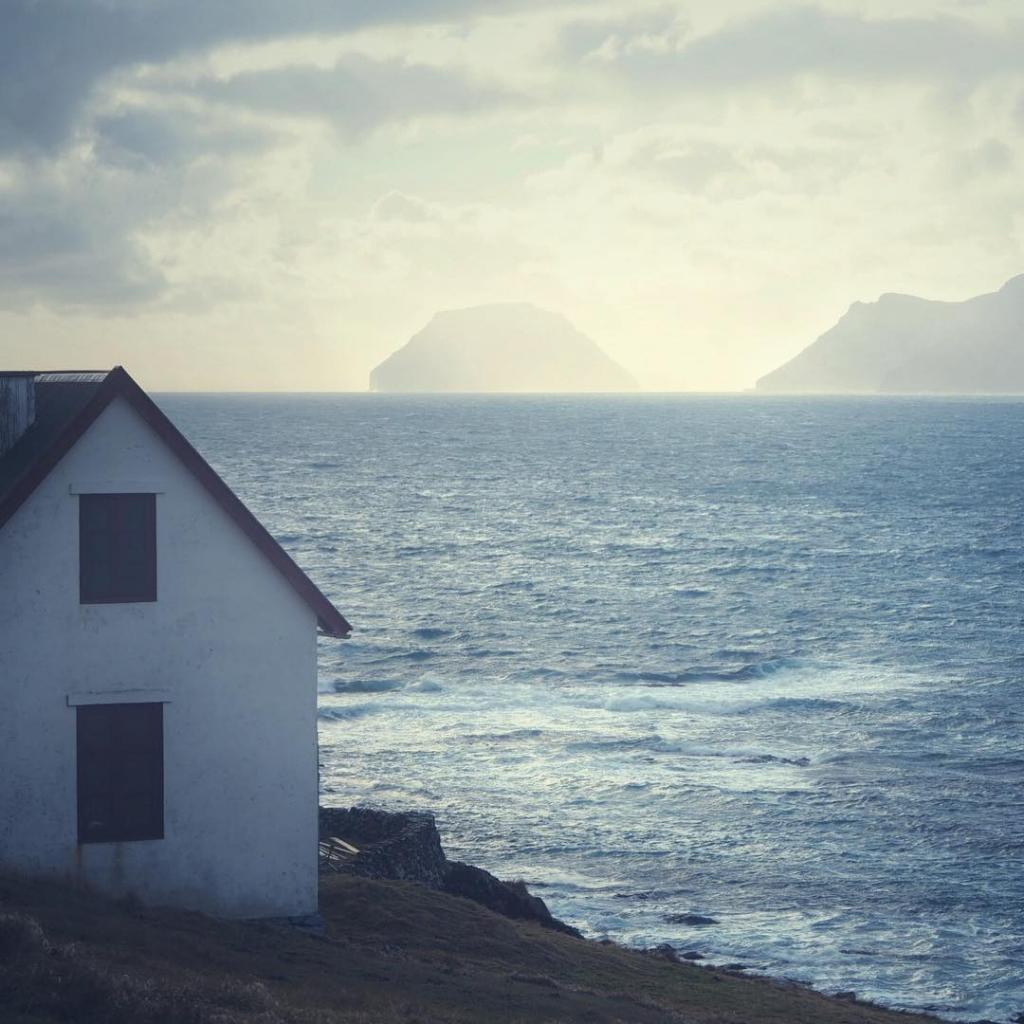 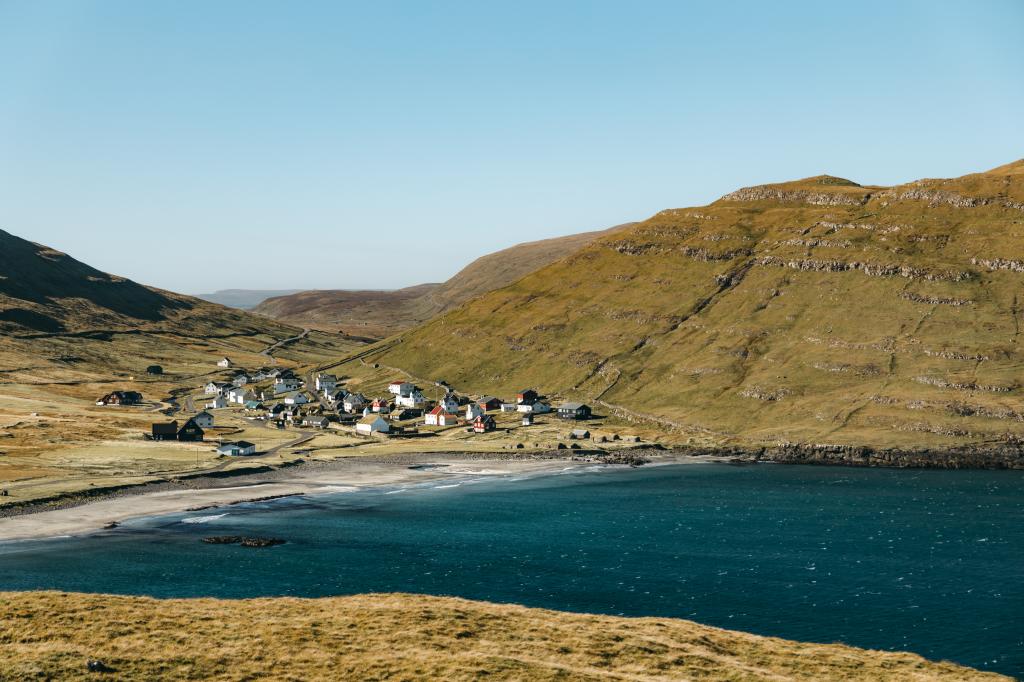