The route starts where there is much parking space, just above Skótadeplin in Selatrað.
Selatrað is one of the oldest landings in the Faroe Islands, as it goes back to Tórður from Strond in Norway, who fled from Harald Fairhair in the year 900 to the Faroe Islands.
Selatrað was the first parliament for the whole island of Eysturoy. Just above, at the high ground below Skótadeplin, stands Tingsteinur, and down the fjord by Gálga is Gálgasteinur; it is said this is where criminals were hung.

You will walk 1 kilometre west of the highway to the sheep house at the end of the road. Although in the past, there were good relationships between Selatrað and Oyri, this path has not been much used. This would have been for people from Oyri and Norðsklála working in Strond travelling north for the weekend.

You walk through the gate below the house by the sheep house at the end of the road. You then walk across the coast diagonal up towards the fence until you reach the path. Out by Veðranese, you will need to climb over the fence, and just north of Veðranes in Skriðugil, the track is used for riding. Therefore, you will need to walk 4-5 meters above to arrive on the north side and then back to the path.

Once you are further north, the route goes diagonally down to the sandy area below Hagagjógv, where there is a quay and the remains of an old fish farm that went bankrupt during the 1990s. Here above you, there is a deep gorge called Hagagjógv. Further up, you can see sizeable columnar basalt going across the gorge. There is a lore that tells of how this was the sheath of a giant who dropped his weapon as he jumped across the gorge.

When you've come further north, you arrive at a sheep house on the southern side of Breiðá. There is no road heading to this field called Norður í Haga; therefore, a quay for the area and sheep transport has been created.
Just north of the sheep house is a large barrier stream called Breiðá. In the past, there was a bridge, as the river would grow when it rained. In this area, there used to be a large sand beach lining the land, including Breiðásandur, Sandaleiti, and further north to Fílasandur. During the summers, some of these beaches were so long. The men in Oyra used to say a rifle couldn't reach its end; these have been about 40-50-meters out from land.

Therefore, this area was quite accessible by boat. During the second half of the 1600s, not of sane mind, Páll Fangi broke out of Tórshavn prison and took a boat to Hósvík. He rowed across and pulled the boat into Sandaleit. Then he headed straight to Leirvík, where he took another boat and rowed out to Kalsoy, where he fled into a hole called Pálsloft í Nesskorum (cracks west of Trøllanes).

People from Kollafjørð used to drag up their boats in this area when they needed to cute peat up on Eysturoya sill, which would be called on Kollafjarðarheiðunum. Just above, you can see Breiðástíggj and the south of Torvstíggj, where they would have carried the peat down to the boats.
In the 1960s and 70s, a significant part of sand was taken and used to build houses, which is why no sand is left.
It is peaceful in Breiðá, and the lake has various unique shapes, including a little pool. This is the perfect place to simply enjoy yourself and a cup of good coffee.
After your break, you continue north, walking past several sheep boluses.

SSL route 440 Skálafjarðarleiðin. There are few connections to Selatrað during the day, and all trips are based on demand; you may request at the latest 20.00 the night before.

Decent parking by the scout centre—cite the green lines. From there, follow the blue lines that lead you west to the end of the road. From there, you will walk down east of the sheep house, below the house and continue along the fence.

Bear in mind that there is decent parking in other areas in Selatrað.

SSL route 400 Klaksvík – Tórshavn. From the stop by Oyrabakka, it is a 3 km walk to the sheep's house by the quarry, where the route begins.

There is decent parking by the entrance on the upper section of the quarry- cite green lines.

If cars are already parked there, you can also park your car further up the quarry. During the summer, cars sometimes park in the parking space south of the sheep's house. Once parked, you must walk along the road below the sheep's house; there is a path on the lower part south of the house, with a gate to walk through. From here, you walk just south through another gate, about 90-meters away—cite blue line

6+. When walking by Veðranes, through Skriðugil and further north across the crag, it is essential to be careful with children.

Medium - It is pretty steep north of Veðranes, and at the same time, the path is relatively narrow and has loose gravel in areas. Close to the large rivers, the bedrock can be slippery.

Grassy and decent terrain. Steep north of Veðranes when walking through Skriðugil and further north across the crag. The path is relatively narrow, and there is loose gravel on the track in certain areas. Be careful when walking across the three large rivers as this is where the bedrock is slippery.
Weather today 3 day forcast 7 day forcast 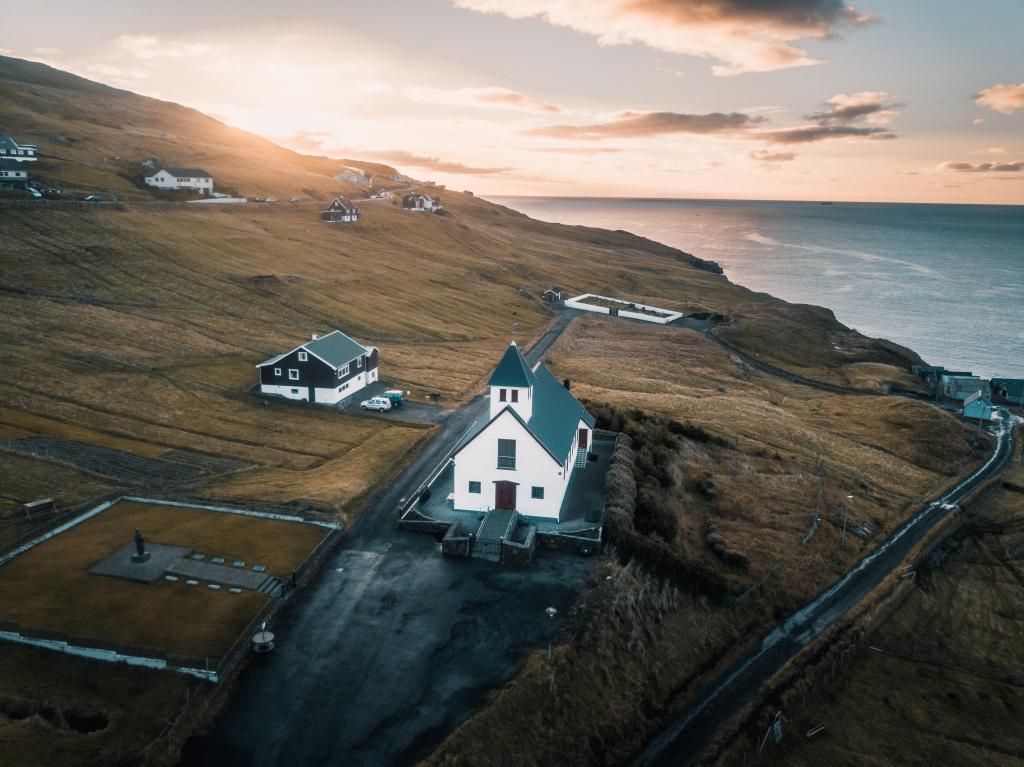 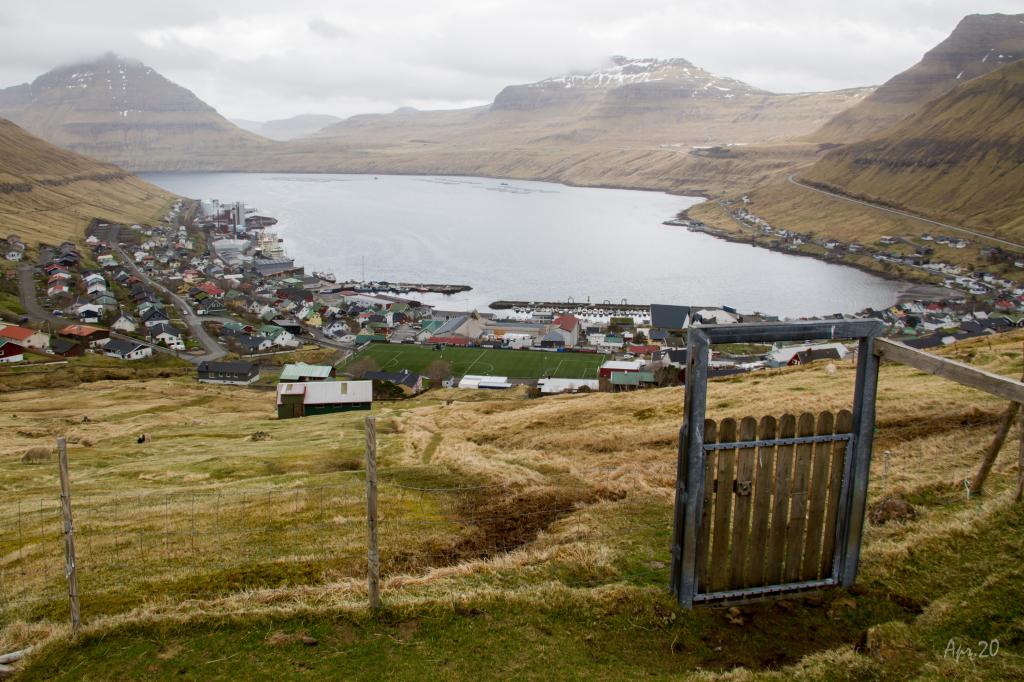 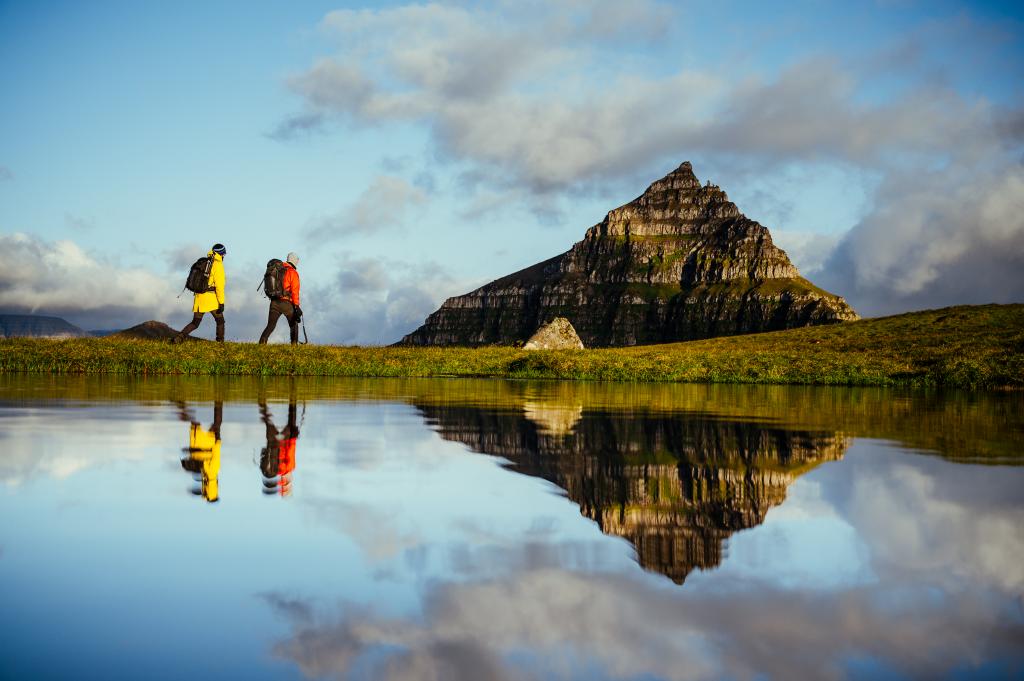