A popular hike with breathtaking sceneries.

From the flat area on Skeiðsskarð, turn left where you will find a grass/gravel road. Already at this point, the view is spectacular. Millions of years ago, the area was a geological playground, which has resulted in the unique rock formations around you. Enjoy the view of Vágar and Trøllkonufingur (Trollwoman’s Finger), which – as far as anyone knows was first climbed in 2012. To the right is the 767 metre tall Skælingsfjall, which is among the highest mountains in the Faroe Islands. And right above you on the left hand side, is Sornfelli, which created political friction in the Faroe Islands for many years.

In 1963, NATO installed radar equipment on Sornfelli to monitor air and sea traffic in the North Atlantic. Inside the mountain, there are many rooms and winding corridors where NATO servicemen went about their daily work. Ordinary citizens did not have access to this part of the mountain. The activity in Sornfelli led to protests by activeists and politicians. In some years during the 80s, peaceful demonstrations were organised where people demonstrated from Mjørkadalur, located on the other side of Sornfelli, to Tórshavn.

After about one and a half kilometres, you will arrive at an area with large rocks. Here, the path will be a little hard to see, but you will see the path on the other side of the rock piles. You are now approaching Skoradalsegg. Be cautious about 200 metres from Skoradalsegg, where there is a steep area that can be rocky or slippery. On the other side of Skorðadalsegg, you enter into another world, with grass and relatively few rocksand stones.

There is a special peace that is only broken by the sounds of birds and sheep and may be a single boat in the fjord. On the first few metres, the path is a little hard to see, and it may seem like there is no more path. Stick to the path that goes about 50 metres straight ahead and slowly slopes downwards. After about four to five hundred metres, you will find the old path from the village Skælingur.

Notice the beautiful cairns, erected with stones from the area. Follow the cairns straight out and up to wards Vatndalsegg.  The path can be a little steep uphill and difficult, but it is short. The view from Vatndalsegg is worth it. If you are looking for the right place for a coffee break, then this place is highly recommended. Here, you see the beautiful rock for mations on Likkureyn and Núgvan. Further out to sea are the islands of Koltur, Hestur and further still Sandoy and Suðuroy. And do not forget the lakes in the valley.

The path into the valley and past the lakes is difficult to see. Stay to the left of the big lake and the river along the lake. A little further, the river comes together with another river from the left. There, in front of you, is a little hill. Stick to the left of the hill and tread carefully to the edge where you will find a cairn. Here, you will find Áarstíggjur , which is the path towards Norðadalur. Be careful on the path, which can be slippery and rocky.

This trip requires some logistics because there is no bus service to take you to start or end point. You can take a taxi or get someone to drive you. Another possibility, if you have two cars at your disposal, is to park one in Norðadal and drive the other car up to Skeiðsskarð, where the route starts.

It is possible to park along the gravel path, but it is a rough and bumpy stretch and requires appropriate tires.

There is no public transport to and from Norðadalur

Parking, Norðradalur
Drive as far as you can on the main road toward the disused fish farming plant. The road to the fish farm is closed. Parking is available by the gate blocking the road and north of it. You need to park close to the fence. (see the green line) From there, follow the line up to the first gate, which leads you out to the pastures – see the blue line.

Suitable for children. However, be extra careful just before Skorardalsegg and Áarstíggjur

Medium - The hike is easy, but the stretch around Áarstíggj can seem scary for people with fear of heights.

Gravel/grass track, then path partly with cairns. Parts of the path are rocky and can be slippery.
Weather today 3 day forcast 7 day forcast 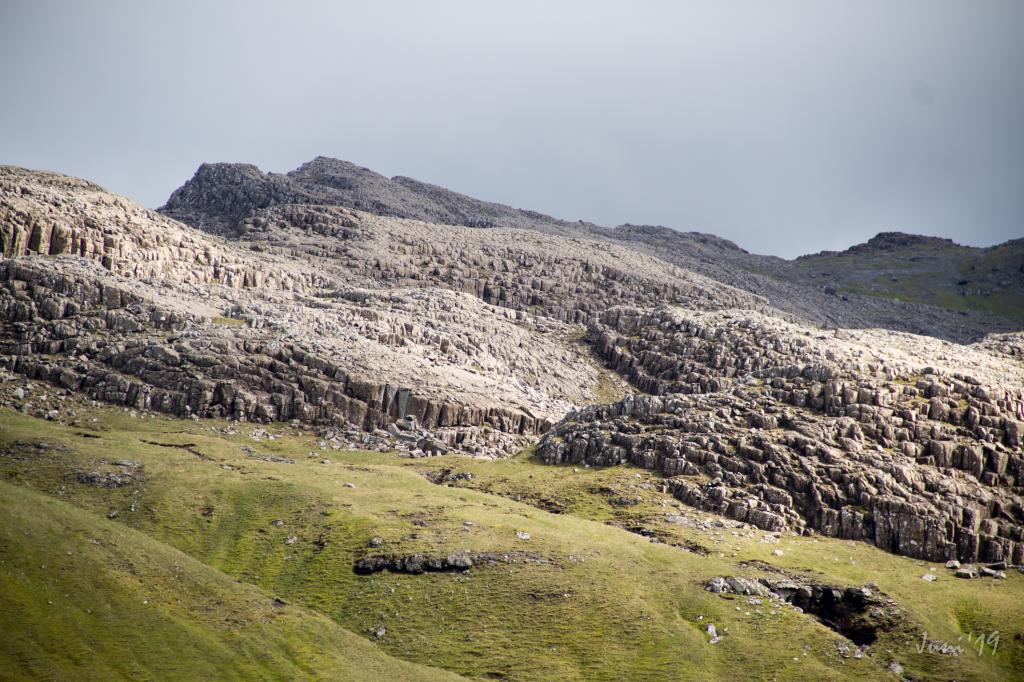 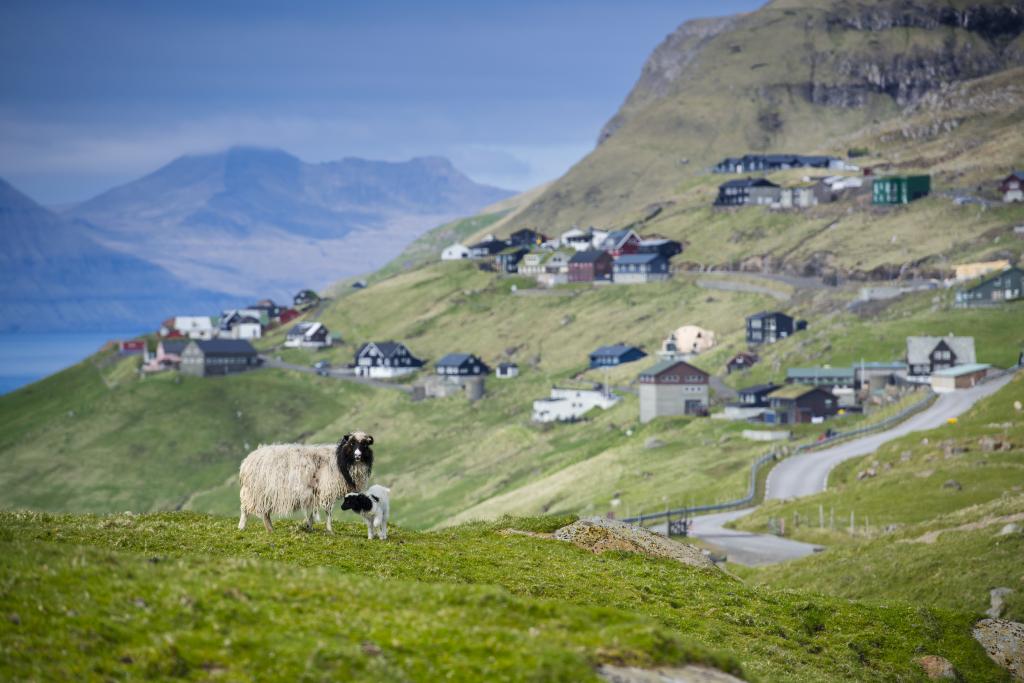 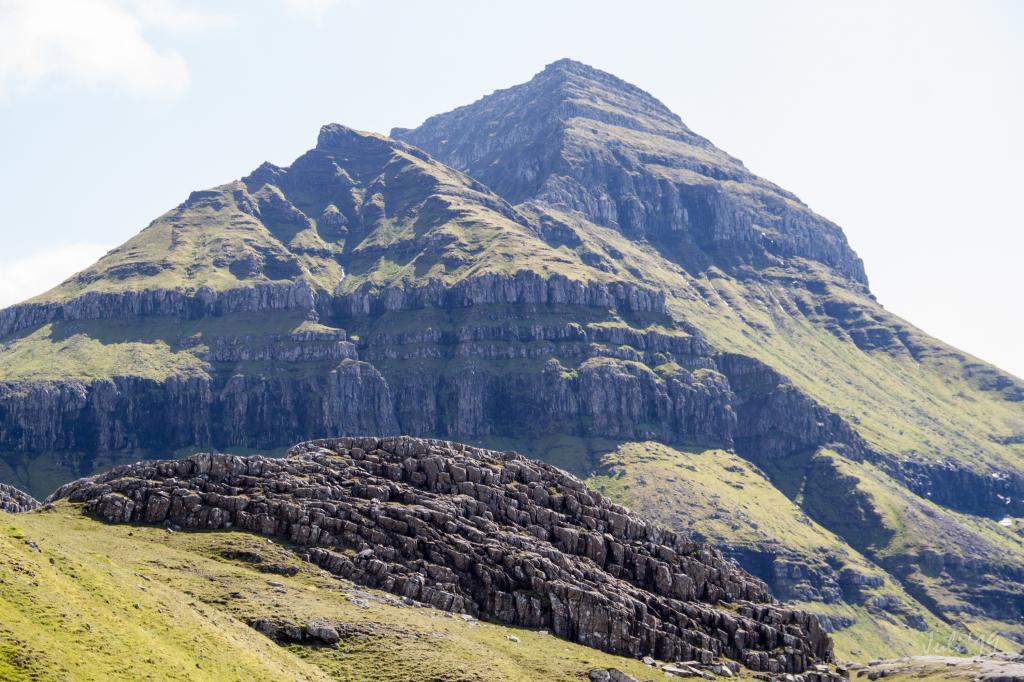 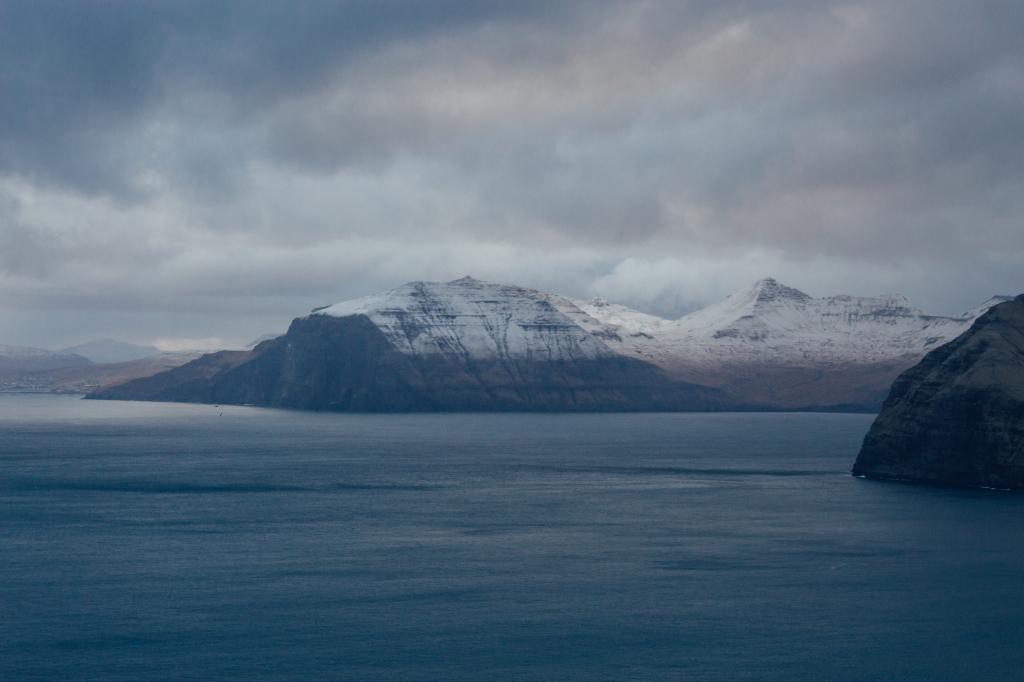 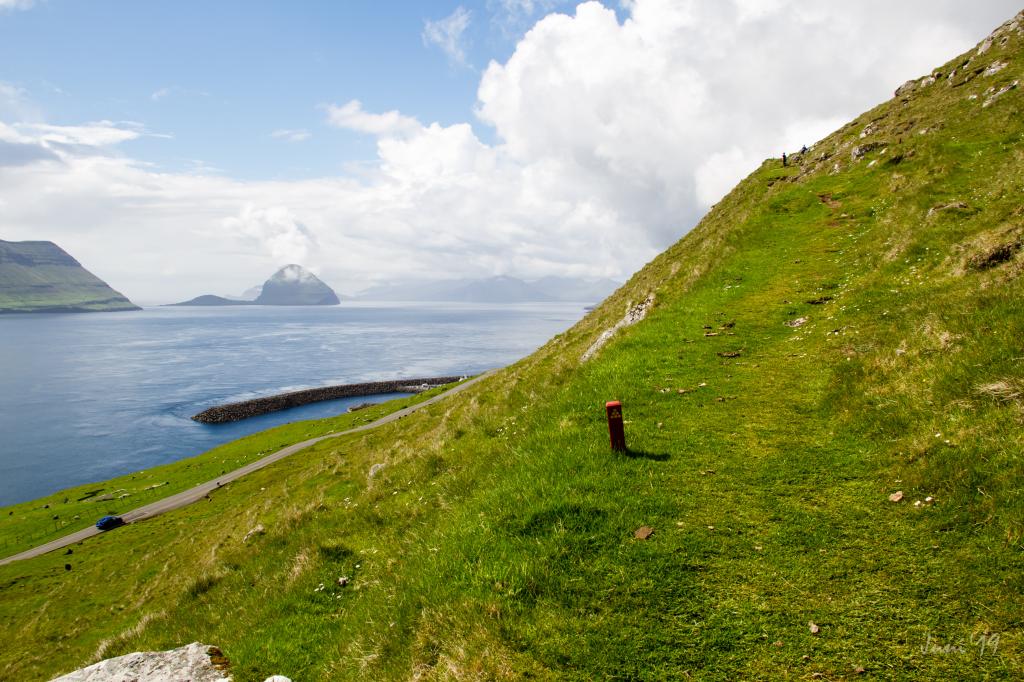