The church was built in Froðba in 1840

The church of Sandvík was built in 'Á Bø' in Froðba in 1840. Later, in 1856, it was moved to Tvøroyri, due to the sudden population growth  in Tvøroyri. However, the church soon became to small for the growing population in Tvøroyri and local businessmen of Tvøroyri were planning to get a new and larger church. People in Sandvík heard about this plan and saw this as an opportunity to buy the church of Tvøroyri, since it was very inconvenient to go to church in Hvalba for the then growing congregation of Sandvík. The plan was approved and finally in 1908 the church was relocated to Sandvík.

Service is every Sunday at 12am.

The church was inaugurated oktober 1935 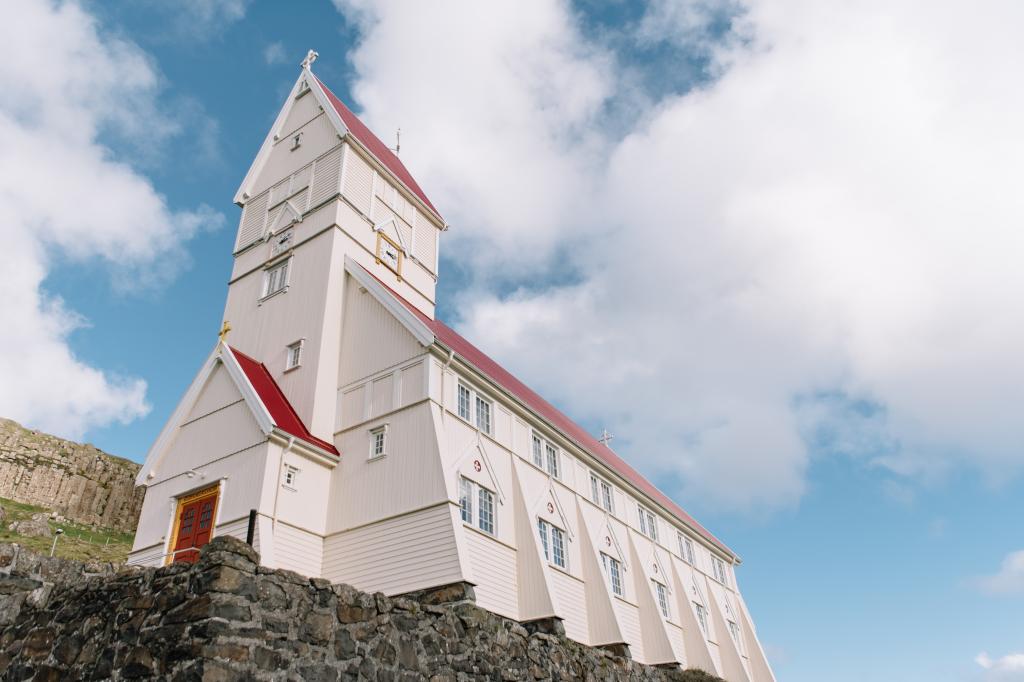 Whichever way you approach Tvøroyri, the church is one of the first things you will notice. Norwegian in origin and with a Celtic cross as its coat of arms, it harkens back to the roots of Christiani 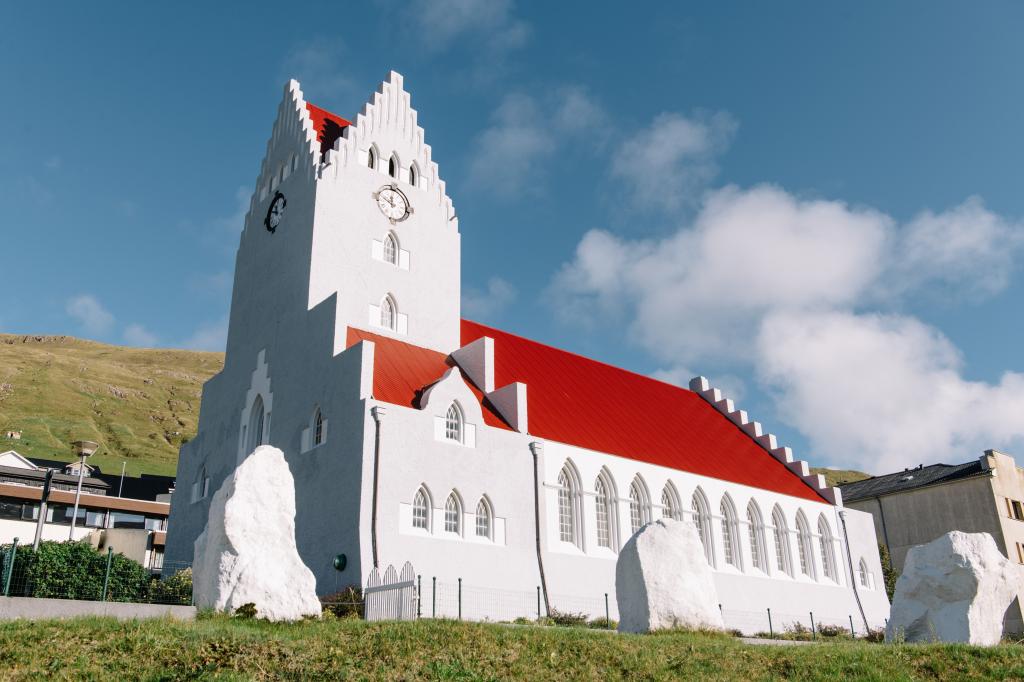 The church in Vágur was consecrated on 19 February 1939, though the cornerstone was already lain in 1927 by Dean Jákup Dahl. 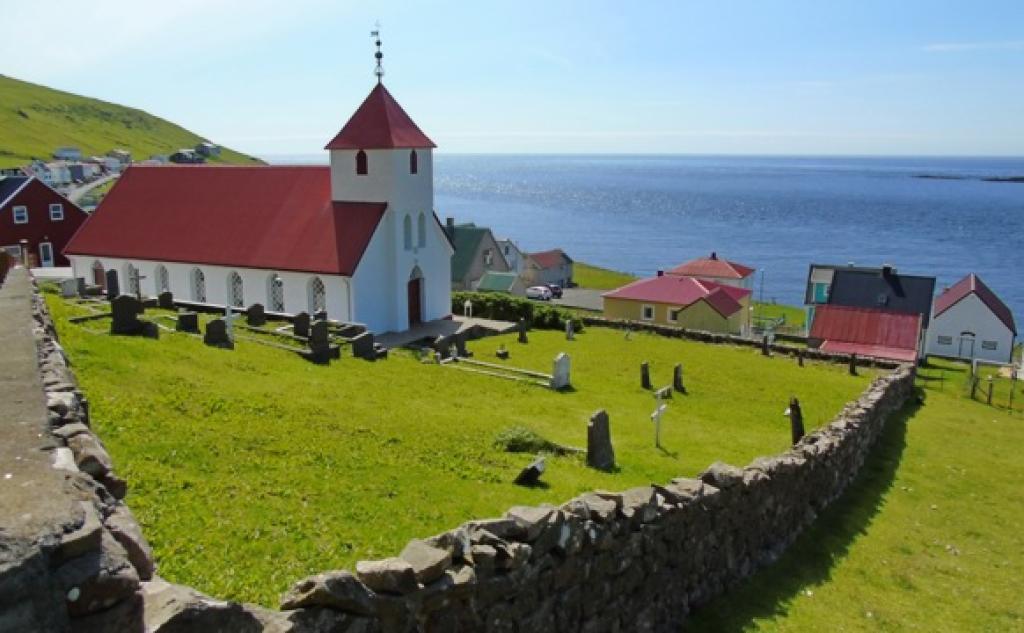 The church was inaugurated June 1887

Designated camping site in Tvøroyri on the island of Suðuroy