A “hav” is the Faroese term for a heavy stone that people used to lift to show their strength. These kinds of stones are found all over the Faroe Islands. The legend of Marjunar Hav tells of a housemaid in Norðnástovu in the 16th century who got pregnant out of wedlock. One day when she was on her way to tend to the cows in the outfield, she stopped next to a large stone which she lifted up from the ground. When the other maids tried to stop her, she said:” I know what lies in store for me: I’d rather lose my life. Therefore, this hav will be my only legacy”. In those days, women got the death penalty for bearing a child out of wedlock, but the legend does not say what happened to Marjun. The hav has been moved down to the village, and the legend of Marjun lives on. The hav weighs around 270 kg, and the place where the stone was located originally is still called Uppi á Hav. A depiction of Marjun by Óli Skarðenni decorates the upper side of the house on the path to the landing place.

Dubbed “the flute” because of it’s thin shape and many road-tunnels, the island of Kalsoy offers truly astonishing views

From the vibrant red church in the centre of town to the lush countryside that sprawls toward the mountains, Kunoy is a place best enjoyed on foot 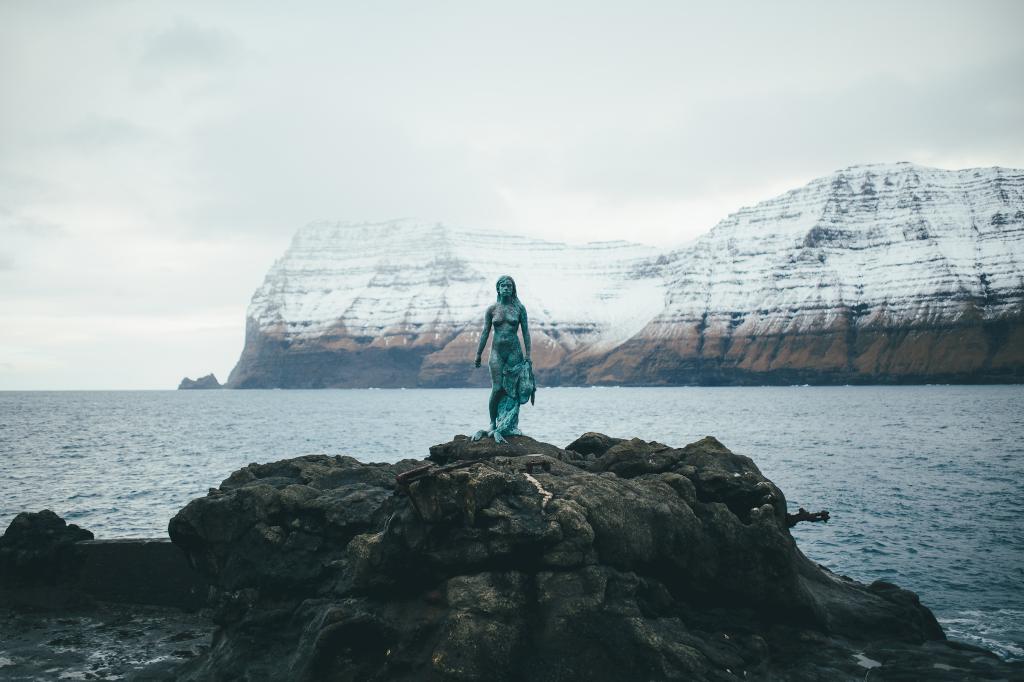 Restaurant Elisabeth is both charming and cosy, and here you always receive a warm welcome. The restaurant is light and bright, and the walls are decorated with paintings and hand-knitted woollen swea