Ólavsøka (Faroese National Day) is held annually on July 29. Ólavsøka literal meaning is “Saint Olav’s Wake” (vigilia sancti Olavi in Latin). Norwegian King Olav II, also known as Saint Olav, died in battle on July 29, 1030. He played a pivotal role in bringing Christianity to the Faroe Islands. Ólavsøka is a celebration that commemorates King Olav II. On this day, as for the past 900 years, the yearly opening of parliament takes place.

The Faroese flag, called Merkið, means “the banner” or “the mark”. Designed in 1919 by Jens Oliver Lisberg and other Faroese students living in Copenhagen, it was raised for the first time on June 22, 1919, in Fámjin, the home village of Mr. Lisberg.

The Faroese national coat of arms, Veðrur, is made up of a blue shield with a silver ram, a motive dating back to the medieval period. When the Løgting was abolished in 1816, the coat of arms went out of use, but returned in 1948 when the Home Rule Act came into force.

The Faroese national flower is the buttercup (Sólja).

The national dress (Tjóðarbúni) is a recognised symbol of Faroese local and national identity, bearing great cultural significance. It is worn during Ólavsøka, at weddings and at graduation ceremonies – generally during occasions of celebration.

Read about the various national symbols of the Faroe Islands, such as the flag (called Merkið), the national coat-of-arms, -bird, -flower and -dress. 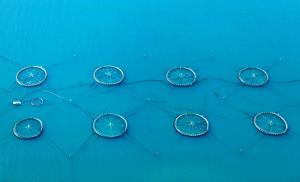 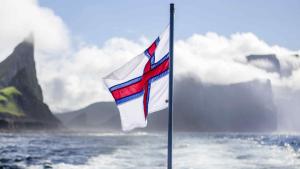 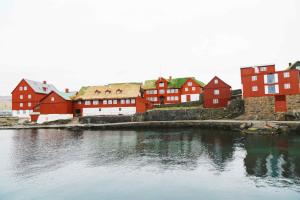 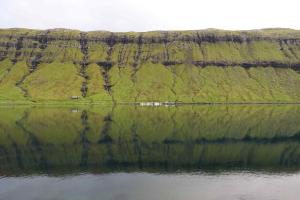 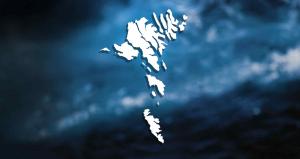